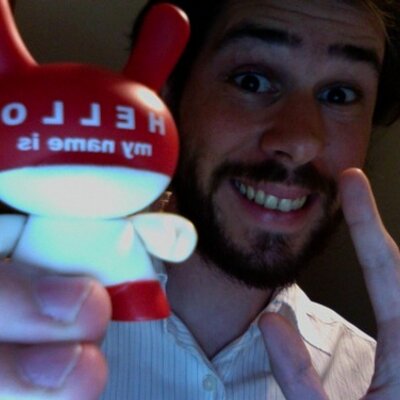 Populate started slowly in 2015. 2016 has been our first full year at full throttle. These are some of the things that happened: a simple reminder to our future selfs in a logbook style.

We started the year with our (Spanish) Municipal Budget Comparator: presupuestos.gobierto.es. We converted an Access database published by the Spanish Treasury Ministry into a website to visualize and compare the budgets of the more than 8.000 spanish municipalities. We followed up with some analisys and visualizations around budget, debt… (in spanish: When your minicipality will finish to pay off all its debts?, Deviation analysis of budget and execution… More in the Gobierto blog)

Our vision with Gobierto is to create and open-source open government platform to make it as easy and cheap as possible for a public administration to provide useful transparency and participation. An ambitious vision, but we are not in a hurry. We have designed a simple economic structure supports it. In this 2016 we have layed the groundwork and we are already on the move. In addition to the demo that can already be used, the first projects using Gobierto will appear in early 2017.

It will take a long time to unfold this vision. See you in 10 years!

During the first quarter of the year we worked hard on a project that we knew little about, and which we never imagined would have so much impact, and that would be the journalistic project of 2016 and who knows if of the decade: the Panama Papers. We improved most of the metrics we set as objectives over the previous ICIJ website (okay, it was not difficult …), although we didn’t have time to implement many ideas we had. We specially did very good on the % of donations obtained; the dimension of the subject obviously helped.

After a Sunday night launch in which there were more than 25,000 active sessions in a matter of minutes according to Google Analytics’ Real Time, we again worked hard to create the web to explore the database. Tens of millions of people have consulted directly both sites in 2016, with very considerable traffic peaks.

In the summer we worked in another Panama Papers related project with the support of the Pulitzer Center: a game to understand the dimension and impact of tax evasion in Africa - Continent of Secrets (read How we did it at the Pulitzer Center website).

During 2015 we borrowed office space from our friends Lostium Project. Earlier in 2016 we convinced them to move together. It was not easy but we found a beautiful and bright place. We can’t be happier. If you are nearby we invite you to coffee or beers, depending on the time of day.

The development of España en Cifras confronted us with a problem: how to deal with more than 85 different data sources and build an application in record time (less than a month) that used them all. Working with the data structure of each dataset was not an option. So we built a small system to index any type of data and to have a common API. Our little experiment worked very well.

Since then, we’ve been iterating the system, polishing the API, adding more data… and we’ve used it internally for several projects. It is obvious that a similar tool would be very useful for other teams working with this type of data. One of our to-dos in 2017s is to launch Populate Data. If you are interested, write to us and we will give you access to our testing service.

We have given a few lectures, talks, courses … about data, transparency, participation… All of them in Spain. Lets hope 2017 take us abroad ;) We have been in Madrid, Salamanca, Barcelona, ​​Tenerife, Bilbao, Valencia … Some of them:

Projects that were not

Like any company that does projects for third parties, we made a few proposals that finally did not come out. If you need help with your projects give us a call.

In the final stretch of the year three people have joined us: Amaia, Rafa and Martín, to help us build projects like the ones reviewed here. We have also worked with several collaborators: David, Jorge, Gema…

As always many ideas have remained in our virtual inkwell in which we want to mix client projects with our own experiments and toys. In 2017 we will continue searching for the magic formula that allows us to combine it with agility and promise to share it if we find it ;) In addition… and for 2017

In addition to these projects, we have done and we are doing a few more. News in the coming weeks.

Happy, prosperous and healthy 2017 to all.